Robert Weimann is professor of literature at the Academy of Arts of the German Democratic Republic in Berlin. His Structure and Society in Literatue is also available as a Johns Hopkins paperback. 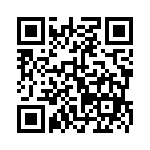