J. D. McClatchy, Professor of English at Yale University, is the author of five collections of poetry, most recently Hazmat. The author of two volumes of literary essays and several opera libretti as well, he has edited numerous books, including The Vintage Book of Contemporary World Poetry. McClatchy has been Editor of The Yale Review since 1991. 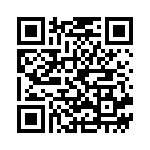