How do you pick the best science writing of the twentieth century? Really it all comes down to a matter of opinion, which almost always results in the complaint and special pleading for authors and ... Lćs hele anmeldelsen

I got this book from the library, thinking it would be a series of essays on different aspects of science. However, it turned out to be a completely different sort of book – short extracts from books ... Lćs hele anmeldelsen

Richard Dawkins is the first holder of the Charles Simonyi Chair of the Public Understanding of Science at Oxford University, and a Fellow of New College, Oxford. His bestselling books include The God Delusion (2006); The Selfish Gene (1976); The Extended Phenotype (1982); The Blind Watchmaker(1986); Unweaving the Rainbow (1998); and The Ancestor's Tale (2004).Dawkins is a Fellow of both the Royal Society and the Royal Society of Literature. He is the recipient of numerous honours and awards, including the 1987 Royal Society of Literature Award, the 1990 Michael Faraday Award of the Royal Society, the 1994 Nakayama Prize, the 1997 International CosmosPrize for Achievement in Human Science, the Kistler Prize in 2001, and the Shakespeare Prize in 2005. 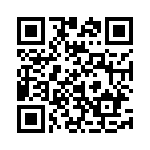