If you ever wanted to know what a scholar who can write with depth and immediacy about masterpieces has to say, this is the one. Sip or gulp, this book can be read in minute segments or holus bolus and much can be gained. Worth it. Lćs hele anmeldelsen

These 1950s Cornell lectures address a subject on which you would expect Nabokov to be nonpareil. And indeed things start off in brisk, trumpeting fashion, with a 1958 overview entitled "Russian ... Lćs hele anmeldelsen

Vladimir Vladimirovich Nobokov was born April 22, 1899 in St. Petersburg, Russia to a wealthy family. He attended Trinity College, Cambridge. When he left Russia, he moved to Paris and eventually to the United States in 1940. He taught at Wellesley College and Cornell University. Nobokov is revered as one of the great American novelists of the 20th Century. Before he moved to the United States, he wrote under the pseudonym Vladimir Serin. Among those titles, were Mashenka, his first novel and Invitation to a Beheading. The first book he wrote in English was The Real Life of Sebastian Knight. He is best know for his work Lolita which was made into a movie in 1962. In addition to novels, he also wrote poetry and short stories. He was a finalist for the National Book Award for Fiction seven times, but never won it. Nabokov died July 2, 1977.

American novelist, poet, and critic John Updike was born in Reading, Pennsylvania on March 18, 1932. He received an A.B. degree from Harvard University, which he attended on a scholarship, in 1954. After graduation, he accepted a one-year fellowship to study painting at the Ruskin School of Drawing and Fine Art in Oxford, England. After returning from England in 1955, he worked for two years on the staff of The New Yorker. This marked the beginning of a long relationship with the magazine, during which he has contributed numerous short stories, poems, and book reviews. Although Updike's first published book was a collection of verse, The Carpentered Hen and Other Tame Creatures (1958), his renown as a writer is based on his fiction, beginning with The Poorhouse Fair (1959). During his lifetime, he wrote more than 50 books and primarily focused on middle-class America and their major concerns---marriage, divorce, religion, materialism, and sex. Among his best-known works are the Rabbit tetrology---Rabbit, Run (1960), Rabbit Redux (1971), Rabbit Is Rich (1981), and Rabbit at Rest (1988). Rabbit, Run introduces Harry "Rabbit" Angstrom as a 26-year-old salesman of dime-store gadgets trapped in an unhappy marriage in a dismal Pennsylvania town, looking back wistfully on his days as a high school basketball star. Rabbit Redux takes up the story 10 years later, and Rabbit's relationship with representative figures of the 1960s enables Updike to provide social commentary in a story marked by mellow wisdom and compassion in spite of some shocking jolts. In Rabbit Is Rich, Harry is comfortably middle-aged and complacent, and much of the book seems to satirize the country-club set and the swinging sexual/social life of Rabbit and his friends. Finally, in Rabbit at Rest, Harry arrives at the age where he must confront his mortality. Updike won the Pulitzer Prize for both Rabbit Is Rich and Rabbit at Rest. Updike's other novels range widely in subject and locale, from The Poorhouse Fair, about a home for the aged that seems to be a microcosm for society as a whole, through The Court (1978), about a revolution in Africa, to The Witches of Eastwick (1984), in which Updike tries to write from inside the sensibilities of three witches in contemporary New England. The Centaur (1963) is a subtle, complicated allegorical novel that won Updike the National Book Award in 1964. In addition to his novels, Updike also has written short stories, poems, critical essays, and reviews. Self-Consciousness (1989) is a memoir of his early life, his thoughts on issues such as the Vietnam War, and his attitude toward religion. He was elected to the American Academy of Arts and Letters in 1977. He died of lung cancer on January 27, 2009 at the age of 76. 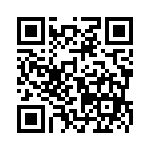