Side
Here I may as well explain that the Llanberis side of the steep, near the top of
Snowdon, is called Clogwyn du'r Arddu, or the Black Cliff of the Arddu, at the
bottom of which lies the tarn alluded to as the Black Lake of the Arddu, and near it
...
Side
The agreement was made on his side with the readiness of love, and after this
they lived in happiness and comfort together for many years, and there were born
to them a son and a daughter, who were the handsomest children in the whole ...
Side
The language he used was his own, but there is no reason to think that he
invented any of the incidents:'The farmer of Drws y Coed's son was one misty day
engaged as a shepherd on the side of the mountain, a little below Cwm
Marchnad, ...
Side
Du har nĺet visningsgrćnsen for denne bog.
Side
Du har nĺet visningsgrćnsen for denne bog.
Nćste » 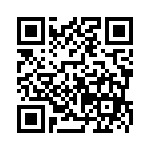