Selecting and translating some 679 letters from the nearly 10,000 extant items of correspondence, Robinson provides us with the first major collection of Strindberg's letters in English. Often writing ... Lćs hele anmeldelsen

Born in Stockholm, Sweden, into a poor family, August Strindberg suffered a hard and unhappy childhood. He studied for a while at the University of Uppsala in Sweden, but left without a degree. Strindberg began to write while supporting himself at a variety of jobs, including journalist and librarian. The work that first brought him to public attention was the novel The Red Room (1879), a biting satire on Stockholm society that displayed his skill as both a literary stylist and a social commentator. Strindberg went on to write other novels, as well as stories and poems, but it is as a playwright that he is remembered. Sweden's greatest playwright, he ranks just behind Norway's playwright Henrik Ibsen as the leading Scandinavian dramatist. It is not easy to categorize Strindberg's plays. Many deal with social issues, but his own beliefs varied so often and so strongly that his works often contradict each other. Perhaps the only consistent theme in his plays is an abiding hatred of women, or more specifically, of women of strong will and character. The Father (1887), Miss Julie, (1888), and Creditors (1888) contain his severest attacks on women. Strindberg himself was married and divorced three times, and his women-hating plays may well reflect his own marital problems. Fascination with Strindberg has not decreased since his death. His enormous influence on European and world literature can hardly be exaggerated. In general, however, his novels and biographical writings have not been popular with English-speaking readers. His plays, on the other hand, continue to be widely read and produced throughout Europe and the United States. They helped introduce greater attention to individual psychological disturbances as a subject for theater, as well as a poetic and surreal approach to violence, pain, and suffering. 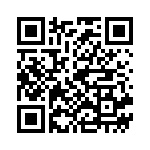