Billie Melman was educated in Tel Aviv and London. She is Professor of Modern History at Tel Aviv University. She has written extensively on British popular culture, British orientalism and the culture of colonialism, on history and memory, and on gender. 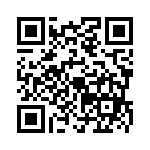