A fantasy book with a large and popular following. I listened to about an hour of this 34 hour listen--several tries at it. It's not my kind of book. If it weren't so old, I'd turn it in for an audible.com refund. Lćs hele anmeldelsen

I raced through the television series and didn’t want the story to end, so I started the audiobooks. I am still astonished at how closely the show followed the original story. Even portions of the ... Lćs hele anmeldelsen

George R.R. Martin is the author of fourteen novels, including five volumes of A SONG OF ICE AND FIRE, several collections of short stories and numerous screen plays for television drama and feature films. He lives in Santa Fe, New Mexico. 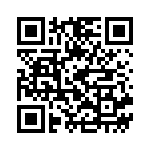