I was all ready to give this book 3 stars, until the actual story ended and the author decided to lecture us for the next 150 pages. It left me "cold". Lĉs hele anmeldelsen

On paper, 'Antarctica' looked like the sort of book I could really enjoy. A near-future political thriller and climate change treatise set on a continent I've long been fascinated by, written by an ... Lĉs hele anmeldelsen

Kim Stanley Robinson was born in 1952 and, after travelling and working around the world, has now settled in his beloved California. He is widely regarded as the finest science fiction writer working today, noted as much for the verisimilitude of his characters as the meticulously researched hard science basis of his work. He has won just about every major sf award there is to win and is the author of the massively successful and lavishly praised Mars series. 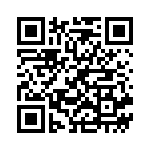