Kim Stanley Robinson was born in Orange County, California on March 23, 1952. He received a B. A. and Ph. D. from the University of California at San Diego and an M. A. from Boston University. His first trilogy of books, Orange County, collectively won a Nebula Award and two Hugo Awards. His other works include the Mars trilogy, 2312, and Aurora. He has won an Asimov Award, a World Fantasy Award, a Locus Reader's Poll Award, and a John W. Campbell Award. 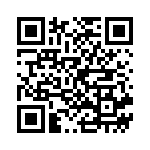