Geography professor Peet explores the institutional histories of the three pillars of the global financial order, from their circumscribed beginnings at the post-war Bretton Woods Conference to their ... Lćs hele anmeldelsen

Richard Peet is Professor of Geography at Clark University. He grew up near Liverpool and attended the LSE, the University of British Columbia and the University of California, Berkeley. His main interests include development, policy regimes, globalization, power, social theory, philosophy and Marxism. He was editor of Antipode: A Radical Journal of Geography for many years. He also co-edited Economic Geography, and is now editor of Human Geography, a new journal. His is the author of twelve books including (with Elaine Hartwick) Theories of Development (2008); (with Michael Watts) Liberation Ecologies (2004) and Geographies of Power (2007). 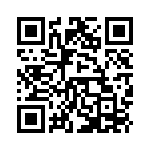