Alfred de Musset (1810-1857) was a French poet, playwright, and novelist. He was born in Paris to a well-to-do family and turned to writing after first studying to be a doctor. Influenced by Lord Byron and Shakespeare, he fraternized with many great French writers such as Victor Hugo. He died in 1857 of a heart malfunction. 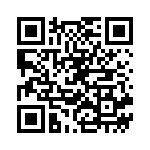