Jerome Mitchell teaches English in the University of Georgia. His previous books include The Walter Scott Operas. 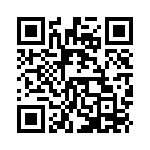