David Gunby has held the Chair in English Literature at the University of Canterbury, Christchurch, since 1980. He is the author of numerous articles and monographs on Webster and other Renaissance dramatists, including Shakespeare, and is editor of Webster: Three Plays (Penguin, 1972).

David Carnegie is Reader in Theatre at Victoria University of Wellington. He has worked in professional theatre in both Britain and New Zealand, is a member of Globe Research, and has edited several Renaissance plays and published articles on Elizabethan stagecraft.

MacDonald P. Jackson is Professor of English at the University of Auckland. He has published widely, is Associate General Editor of the forthcoming Oxford edition of The Collected Works of Thomas Middleton, and is on the editorial board of the Arden Shakespeare 'Critical Companions' series. 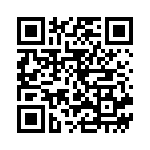