Hackerspace=makerspace. It is a physical location where actual people gather to tear down and rebuild better. They are increasingly popular; there are well over 1300 of them around the world. This ... Lĉs hele anmeldelsen

Sarah R. Davies is a Marie Curie Research Fellow in the Department of Media, Cognition and Communication, University of Copenhagen. 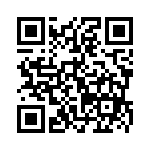