I. C. CAMPBELL teaches Pacific History and World History at the University of Canterbury in New Zealand. He developed an empathy for the Pacific Islands from childhood experiences there and has been interested in race relations, culture contact and colonialism ever since. He is the author of A History of the Pacific Islands (1989) and Island Kingdom: Tonga Ancient and Modern (1992). 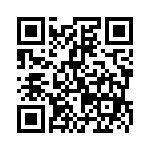