Side 19 - Augustine saith, the Sacrament of the Body and Blood of Christ ; yet in no wise are they partakers of Christ, but rather, to their condemnation, do eat and drink the sign or sacrament of so great a thing.
Findes i 309 břger fra 1584-2008
Side 18 - But thou art the same Lord, whose property is always to have mercy; Grant us therefore, gracious Lord, so to eat the flesh of thy dear Son Jesus Christ, and to drink his blood, that our sinful bodies may be made clean by his body, and our souls washed through his most precious blood ; and that we may evermore dwell in him, and he in us.
Findes i 880 břger fra 1660-2008

Robert Whalen is a lecturer in English at the University of Toronto where he teaches courses in Seventeenth-Century Literature, Shakespeare, and Narrative. 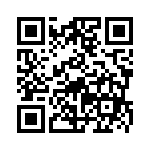