Side 51
theory . It is a theory of the moral sentiments ( to recall an eighteenth century title )
setting out the principles governing our moral powers , or , more specifically , our
sense of justice . There is a definite if limited class of facts against which ...
Side 398
This fact is intimately connected with the good of justice and the problem of the
congruence of a moral theory . We need an account of the good to spell all this
out . The characteristic feature of this full theory , as I have said , is that it takes the
...
Side 606
... C . C . W . , 559n Telcological theories : defined , 24f ; intuitive appeal of , 24f ;
may be intuitionistic , as in perfectionism ... role of dominant ends in , 565f ;
structure of contrasted with contract theory , 566 Terrell , Huntington , 516n
Thoreau ... 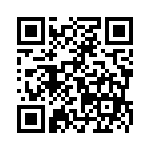