Side 32
Besides , if these are to be classed under allegories ; Telemachus , Don Quixot ,
and other performances of that kind , are , for the same reason , allegorical .
Some of the ancient critics , as Mr . Addison observes , were fond of giving the
works ...
Side 154
... liberty and good sense , in oppofition to tyranny and fuperftition . During the
freedom and prosperity of Greece and Rome , the Stage was for this reason held
in great eftimation ; but , under their tyrants , it was generally depreffed ; and
when ...
Side 155
days of Elizabeth , reason began to dawn . Then arosa Shakespear and Johnson
, and the Theatre , tho ' void of proper scenes and decorations , was honoured
with the protection and encouragement of her Majesty , who dignified the players
... 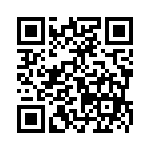