Side 37
ore tic em גור ity es of lv of IR ern sides ; in some places its termination follows the direction of the detached hills appearing above ground , but generally above - mentioned ; viz . that on which cosered with earth .
Side 465
1 lime - stone hills , and from its existence on ing , in some places , rocky ridges , which both sides , ( though not on the hills seem to rise up into the coal , the thicke themselves , ) of equal thickness , and ness of which is ...
Side 466
But , with regard to the stone of the bowels of the earth , or through a which Rowley hills consist , we do not chasm in its surface , the action of know of any such inferior stratuin , by fire or of water caused the smaller para the ... 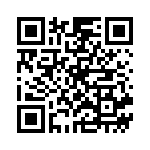