Michio Kaku was born January 24, 1947 in San Jose California. Kaku attended Cubberley High School in Palo Alto in the early 1960s and played first board on their chess team. At the National Science Fair in Albuquerque, New Mexico, he attracted the attention of physicist Edward Teller, who took Kaku as a protégé, awarding him the Hertz Engineering Scholarship. Kaku graduated summa cum laude from Harvard University with a B.S. degree in 1968 and was first in his physics class. He attended the Berkeley Radiation Laboratory at the University of California, Berkeley and received a Ph.D. in 1972 and held a lectureship at Princeton University in 1973. During the Vietnam War, Kaku completed his U.S. Army basic training at Fort Benning, Georgia and his advanced infantry training at Fort Lewis, Washington. Kaku currently holds the Henry Semat Chair and Professorship in theoretical physics and a joint appointment at City College of New York, and the Graduate Center of the City University of New York, where he has lectured for more than 30 years. He is engaged in defining the "Theory of Everything", which seeks to unify the four fundamental forces of the universe: the strong nuclear force, the weak nuclear force, gravity and electromagnetism. He was a visiting professor at the Institute for Advanced Study in Princeton, and New York University. He is a Fellow of the American Physical Society. He is listed in Who's Who in Science and Engineering, and American Men and Women of Science. He has published research articles on string theory from 1969 to 2000. In 1974, along with Prof. K. Kikkawa, he wrote the first paper on string field theory, now a major branch of string theory, which summarizes each of the five string theories into a single equation. In addition to his work on string field theory, he also authored some of the first papers on multi-loop amplitudes in string theory. Kaku is the author of several doctoral textbooks on string theory and quantum field theory and has published 170 articles in journals covering topics such as superstring theory, supergravity, supersymmetry, and hadronic physics. He is also author of the popular science books: Visions, Hyperspace, Einstein's Cosmos, Parallel Worlds, and The Future of the Mind. 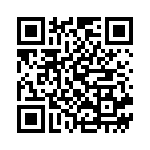