Christopher Pye is Professor of English at Williams College. He is the author of The Regal Phantasm: Shakespeare and the Politics of Spectacle. 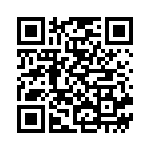