Side 314
The realistic tendency in photography , as well as in modern Western art ( the Impressionists , but also Jean Dubuffet , are some of his examples ) , points to a gradual “ decline in visibility , complementary to an increasing surrender ...
Side 363
... distinctly misogynistic male culture of fin de sičcle Germany ( propagated , for example , by Adolf Brand's homoerotic journal Der Eigene : Ein Blatt für männliche Kultur , which enjoyed a good thirty - year run ( 1896–1932 ] ) .
Side 374
... darakrutiun , aksor , chart , and — in the stunning example of Zabel Essayan's still neglected account of the 1909 killing of Armenians in Cilicia , Among the Ruins ( 1911 ) —aghed , which Nichanian translates as “ catastrophe . 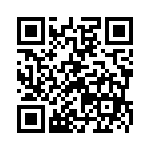