I like the book because it gives you facts about whats actually happening in the world in present time and it coincides with what the Bibles says. You don't have to guess it's right there in black and white. When the Lord comes I'm ready! Lćs hele anmeldelsen

This is the most informative book on this subject I have been privileged to read. For believers it is EXCITING. For unbelievers it is full of reasons to become a believer. The research the authors offer is understandable and very readable. Lćs hele anmeldelsen

Timothy LaHaye was born in Detroit, Michigan on April 27, 1926. He began preaching while working at a summer camp. In 1944, he joined the Army Air Force and was a machine-gunner on bombers in Europe. He received a bachelor's degree from Bob Jones University in 1950, doctor of ministry degree from Western Theological Seminary, and a doctor of literature degree from Liberty University. He served a congregation in Minneapolis until 1956, then became the pastor of the Scott Memorial Baptist Church in El Cajon, California for 25 years. He wrote or helped write over 50 fiction and non-fiction books. He is the co-author of the Left Behind series and the Left Behind: The Kids series with Jerry B. Jenkins. His non-fiction works cover a wide variety of subjects including marriage, family life, depression, homosexuality, anger management, education, and politics. He died days after he had a stroke on July 25, 2016 at the age of 90.

Jerry B. Jenkins was born in Kalamazoo, Michigan on September 23, 1949. He is the author of more than 175 books including the Left Behind series, Riven, Matthew's Story, The Last Operative, and The Brotherhood. He is also the former editor of Moody Magazine, and his writing has appeared in Reader's Digest, Parade, Guideposts, and dozens of Christian periodicals. He wrote the nationally syndicated sports story comic strip, Gil Thorp, from 1996-2004. He owns Jenkins Entertainment, a filmmaking company in Los Angeles, which produced the critically-acclaimed movie Hometown Legend, based on his book of the same name. He also owns the Christian Writers Guild, which trains professional Christian writers. As a marriage and family author and speaker, he has been a frequent guest on Dr. James Dobson's Focus on the Family radio program. 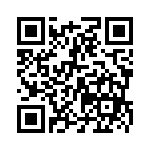