Side 114
The resistance of friction in roads which permit the wheels to sink into them , rises , however , in a much higher ... ascent of an inclined plane , the latter , on the ascending half of any road , will appear to be unimportant .
Side 115
ple , and to correct its system of patch . ing up its roads under the direction of surveyors , ignorant of general ... A still further improvement is now called for by superadding the controul of a NATIONAL ROAD POLICE , which should ...
Side 484
This plan , therefore , if once adopted , would certainly be a great means of preserving the roads ; and , in many cases , supersede the mending and laying out much money , as a road that is wore down , and in a very bad state , might ... 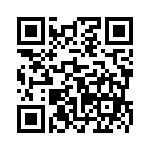