Touraj Daryaee is Maseeh Chair in Persian Studies & Culture and the Director of the Dr. Samuel M. Jordan Center for Persian Studies at the University of California, Irvine. He works on the history of ancient and early medieval Iran and is the editor of the International Journal of Ancient Iranian Studies. 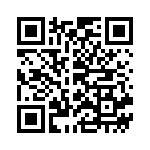