Side xxxiii
Surtz , overlooking Leonor López de Córdoba , points out that women began
writing later in Spain than in other European regions , notably in the fifteenth
century . " ' In this century literacy in Latin also increased as nuns , adopting
Isabel la ...
Side 85
This process began with the changes in preaching . In that respect , there is an
important factor that needs to be considered , i . e . the tradition of Mary
Magdalene . This tradition assembled three different Magdalenes that mingled
and were ...
Side 93
... guests who were there , a great and public sinner arrived , that they say was
Mary Magdalene , who was a generous woman , sister of Lazarus , whom the
Lord later resurrected , and of Martha , who then began to be the Savior ' s
hostess . 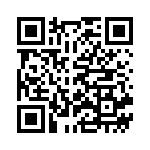