Ian Morris is the Jean and Rebecca Willard Professor of Classics and professor of history at Stanford University. His most recent book is the award-winning Why the West Rules--for Now: The Patterns of History, and What They Reveal about the Future (Farrar, Straus and Giroux) which has been translated into eleven languages. 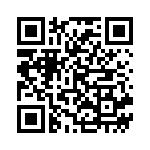