Indiana-born Charles A. Beard studied at Oxford, Cornell, and Columbia universities, where he taught history and politics for more than a decade. One of the founders of the New School for Social Research, he also served as director of the Training School for Public Service in New York. A political scientist whose histories were always written from an economic perspective, Beard was an authority on U.S. politics and government. Yet his great survey history, The Rise of American Civilization, published in 1927, deals with the whole range of human experience-war, imperialism, literature, art, music, religion, the sciences, the press, and women-as well as politics and economics. Collaborating with Beard on this and other books was his wife, Mary Ritter Beard. Charles Beard described their coauthorship as a "division of argument." An able historian in her own right, Mary Ritter Beard took a special interest in the labor movement and feminism, subjects on which she produced several works. The Beards's books are scholarly, well written, and often witty, though sometimes a bit ponderous. Yet they stand the test of time well. Some critics agree that their Basic History can be considered the best one-volume history that has ever been written about the United States. 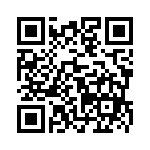