This is a wonderful book about the history of Tibet, and insofar as I can tell, unique. I have been doing a lot of reading on Tibet, it's art, history and culture, and that is a difficult task, due to ... Lćs hele anmeldelsen

Matthew T. Kapstein is Numata Professor of Buddhist Studies in the Divinity School at the University of Chicago and Director of Tibetan Studies at the École Pratique des Hautes Études in Paris. His recent publications include The Presence of Light (2004), Reason’s Traces (2001), The Tibetan Assimilation of Buddhism (2000) and Buddhism in Contemporary Tibet (1998). 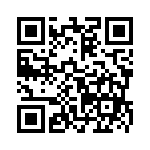