A Swedish scholar who studied, then taught at the University of Lund for many years, Nilsson exercised a profound influence on the study of the religions of ancient Greece. In many respects he appears the archetypal historian, who carefully threshes the theories of other writers, sharply rejecting what he finds to be unsubstantiated and unsound. But Nilsson's work is not without positions of its own that others would find dubious. He was a staunch adherent of evolutionary theory, which states that religions have evolved from a primitive substrate, leaving detectable survivals in historical data. He also adopted a "dynamistic" conception of "primitive religion"; that is, he believed that religion was originally a husbanding of mana, or supernatural power, although that power was not likely conceived of as such. This belief led Nilsson to take the Greek daimon to be impersonal power, a view that is certainly wrong. 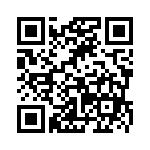