Gerges (Middle Eastern studies, Sarah Lawrence Coll.; America and Political Islam ) is well known for his expert media commentary on the Middle East. This book differs from many others on the topics ... Lćs hele anmeldelsen

Side 23 - ... that does not distinguish politics from religion, and distorts both. The enemy is not Islam, the great world faith, but a perversion of Islam. The enemy goes beyond al Qaeda to include the radical ideological movement, inspired in part by al Qaeda, that has spawned other terrorist groups and violence. Thus our strategy must match our means to two ends: dismantling the al Qaeda network and, in the long term, prevailing over the ideology that contributes to Islamist terrorism.
Findes i 12 břger fra 2004-2007
Side 31 - Declaration of War against the Americans Occupying the Land of the Two Holy Places...
Findes i 100 břger fra 2002-2008
Mere
Side 32 - Killing them with a single bullet, a stab, or a device made up of a popular mix of explosives or hitting them with an iron rod is not impossible. Burning down their property with Molotov cocktails is not difficult. With the available means, small groups could prove to be a frightening horror for the Americans and the Jews.
Findes i 9 břger fra 2002-2006
Side 17 - If the present injustice continues, it will inevitably move the battle to American soil." Plans to attack the United States were developed with unwavering single mindedness throughout the 1 990s. bin Ladin saw himself as called "to follow in the footsteps of the Messenger and to communicate his message to all nations...
Findes i 6 břger fra 2004-2008
Mindre

Fawaz A. Gerges holds the Christian A. Johnson Chair in International Affairs and Middle Eastern Studies at Sarah Lawrence College. He was educated at Oxford University and the London School of Economics and has previously been a Research Fellow at Harvard and Princeton universities. He is also a senior analyst and regular commentator for ABC television news. His books include America and Political Islam: Clash of Interests or Clash of Cultures? (Cambridge, 1999) and The Journey of the Jihadis: A Biography of a State of Mind (Harcourt Press, 2006). He has written extensively on Arab and Muslim politics, Islamist movements, American foreign policy, and relations between the world of Islam and the West. His articles have appeared in several of the most prestigious journals and newspapers in the United States, Europe, and the Middle East. 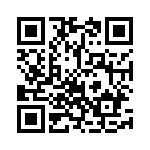