Shop for Books on Google Play

Browse the world's largest eBookstore and start reading today on the web, tablet, phone, or ereader.

What people are saying - Write a review

Excellent historical account of how since the 1950s the "technology" of shipping containers has changed the logistics of moving goods. Very interesting historical, political, and business details. Read full review

The history of the shipping container and how it changed the world, making lots of products lots cheaper but also disrupting traditional commercial centers and manufacturing processes. Much of the ... Read full review

Marc Levinson is an economist in New York and author of three previous books. He was formerly finance and economics editor of the "Economist", a writer at "Newsweek", and editorial director of the "Journal of Commerce". 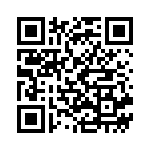