Get this book in print

What people are saying - Write a review

This is a necessary read for any student of lobbying and interest groups. The magnitude of this study is remarkable and its findings are difficult to argue against. It will probably become a required text for classes on interest groups and for many public policy classes. So if you are someone who is hungry for an evidenced based account of how lobbying works in Washington, then read Lobbying and Policy Change.

Other editions - View all 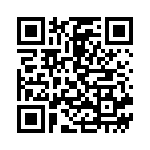