If you ever wanted to know what a scholar who can write with depth and immediacy about masterpieces has to say, this is the one. Sip or gulp, this book can be read in minute segments or holus bolus and much can be gained. Worth it. Lćs hele anmeldelsen

These 1950s Cornell lectures address a subject on which you would expect Nabokov to be nonpareil. And indeed things start off in brisk, trumpeting fashion, with a 1958 overview entitled "Russian ... Lćs hele anmeldelsen

Vladimir Nabokov (1899-1977), Russian-born poet, novelist, literary critic, translator, and essayist was awarded the National Medal for Literature for his life's work in 1973. He taught literature at Wellesley, Stanford, Cornell, and Harvard. He is the author of many works including Lolita, Pale Fire, Ada, and Speak, Memory. 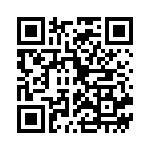