Professor Michael Billig is professor of social sciences at the University of Loughborough. His most recent books are Ideology and Opinions: Studies in Rhetorical Sociology (SAGE, 1991) and Talking of the Royal Family (1992). Michael Billig has been Professor of Social Sciences at Loughborough University, UK, since 1985. He took his undergraduate degree at Bristol University, where he also completed his Ph.D. in experimental social psychology, under the supervision of Henri Tajfel. Michael considers Tajfel to have have been one of the most important figures in the history of social psychology. After leaving Bristol to take up a lectureship at Birmingham University, Michael turned away from experimental social psychology, which he found to be too intellectually and methodologically restricting. In his work, Michael has attempted to approach social psychological issues from a broader base within the social sciences. He has written books on a variety of topics. His books for SAGE include Banal Nationalism, in which he argued that in established nation-states there is an everyday, often unnoticed form of nationalism. Ideological Dilemmas, written in collaboration with other members of the Loughborough Discourse and Rhetoric Group, suggested that we should study ideology by examining how people argue and use language in everyday life. SAGE also published his book The Hidden Roots of Critical Psychology, which argues that the neglected figure of the third earl of Shaftesbury should be seen as a pivotal influence in the history of psychology, especially in the history of critical psychology. Michael has also written books on rhetoric, fascism, Freud's theory of repression, attitudes towards the British Royal Family and the history of rock'n'roll. His current work argues forcefully that academic social scientists use too much technical terminology and that ordinary concepts are often much clearer than technical ones. 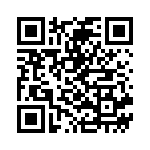