Seth Kim-Cohen works at the nexus of conceptualism and sound. An academic and an artist, he makes as little distinction between the two activities as he can get away with. He has taught art history at Yale University and Pratt Institute and presented his artwork at venues spanning the cultural spectrum from CBGBs to Tate Modern. His writing has been published in magazines, newspapers, and journals in the Europe, the U.K. and the U.S. His previous book, One Reason To Live, was published in 2006 by Errant Bodies press. More at www.kim-cohen.com 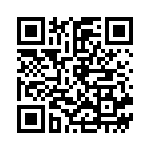