Julia Crick is Associate Professor in the Department of History, University of Exeter. Her research interests include property, power and gender before 1100, aspects of palaeography and the transmission of texts in the Middle Ages, monastic culture and the uses of the past. Her publications include The Uses of Script and Print, 1200–1700, edited with Alexandra Walsham (2004), and Charters of St Albans (2007). 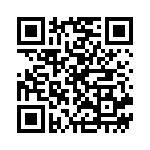