Ugh. Deep journalism and sledgehammer history. If you want to see America's (lack of) response over and over and over again to genocide across the globe, read this one. It's not easy to read because it's not a pretty picture. Lćs hele anmeldelsen

This book is not for the faint-at-heart. And it's best read when one has the stomach for human tragedy. That said, this is one of the most important books I've read in a very long time. The author ... Lćs hele anmeldelsen

Samantha Power is the executive director of the Carr Center for Human Rights Policy at the John F. Kennedy School of Government at Harvard University. From 1993 to 1996 she covered the wars in the former Yugoslavia as a reporter for U.S. News and World Report and The Economist. In 1996 she worked for the International Crisis Group (ICG) as a political analyst, helping launch the organization in Bosnia. She is a frequent contributor to The New Republic and is the editor, with Graham Allison, of Realizing Human Rights: Moving from Inspiration to Impact. A native of Ireland, she moved to the United States in 1979 at the age of nine, and graduated from Yale University and Harvard Law School. She lives in Winthrop, Massachusetts. 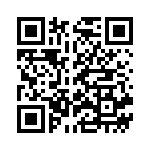